50 photos
Fabulous Turn-out on a night that was broadcasting an England Football Match the state-of-the-art venue of Bournville College was the host to the annual 'Meet the Media" Birmingham Press Club Event.

Images can be seen on the Birmingham Press Clubs WebSite http://www.birmingham-press-club.co.uk/new/meet-the-media-june-2012.php

The event, which is free and open to members and non-members, began with a drinks at 6.30pm, when guests were able to mingle with the top journalists, editors and broadcasters from the region’s media.

It was followed by a debate on the impact of the Leveson Inquiry and the future of the media. TheBusinessDesk.com editor Andy Coyne, Bournville College Media Studies Lecturer Huw Meads and BBC WM 95.6 Breakfast Presenter Pete Morgan took part in the debate, which was chaired by Steve Dyson.

The debate finished prompt at 8pm when guests were free to network and take mini tours of the state of the art new college, plus watch the football match on an enormous screen. 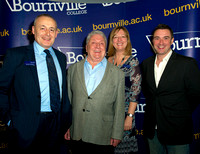 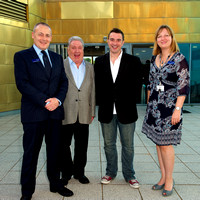 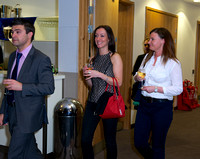 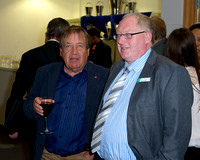