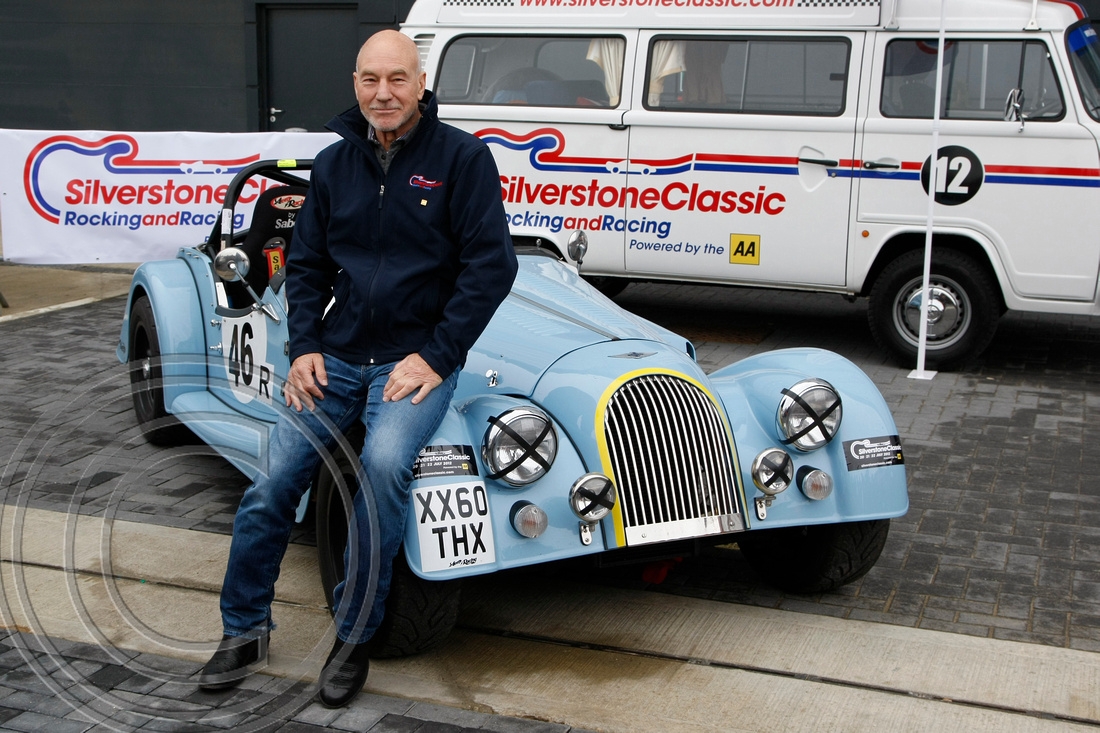 Star Trek actor Sir Patrick Stewart is now ready to boldly go where no Starship Enterprise commander has ever gone before. The 71-year-old movie legend – who played Captain Jean-Luc Picard in the iconic sci-fi series – has just passed his official ARDS racing driver test and is ready to compete in a special Celebrity Challenge race at this summer’s Silverstone Classic powered by the AA.

“I’m relieved and delighted,” said Stewart who passed both written and driving tests required to obtain a MSA competition licence at a rather damp Silverstone. “It’s such a fast learning curve from the moment you first step into the car. At one point it was raining quite hard out there; I could hardly see out of the windows… and you really do need to be able to see out of the windows when you’re driving fast!”

Despite the conditions the test was not about to defeat a man who has travelled around the universe at warp speeds. “I can’t say it wasn’t a challenge at times but I’ve enjoyed it very much,” he reported. “I’ve watched too many professionals at work on the race track over the years to feel that I can now call myself a fully-fledged racing driver but it was exhilarating that’s for sure and I’m looking forward to putting my new skills into practice.”

Though new to Silverstone, the Captain’s log does reveal that Stewart has a previous track record. “The only time that I’ve raced was on the Long Beach Grand Prix course in California which was in a Pro-Celebrity Toyota race and I really, really enjoyed it. But I’ve been in retirement for the last 10 years,” he grinned before explaining why he was now making a comeback. “It was too irresistible… the chance to drive a great British sports car at Silverstone, what could be better?”

The final frontier for Stewart will come in a special, star-studded Celebrity Challenge race being staged as one of the highlights of this summer’s Silverstone Classic powered by the AA (20-22 July), the world’s biggest classic motor racing festival.

The Celebrity Challenge takes place on Saturday 21 July and will raise funds for the Birmingham Children’s Hospital, the Bobby Moore Fund for Cancer Research UK and the RPJ Crohn’s Foundation.

Adult tickets for 2012’s Silverstone Classic powered by the AA (20-22 July) cost from as little as £35 (plus booking fee) and special two- and three-day weekend tickets are also available with savings of more than 20 per cent if purchased in advance. Full details are available via the event’s official www.silverstoneclassic.com website.