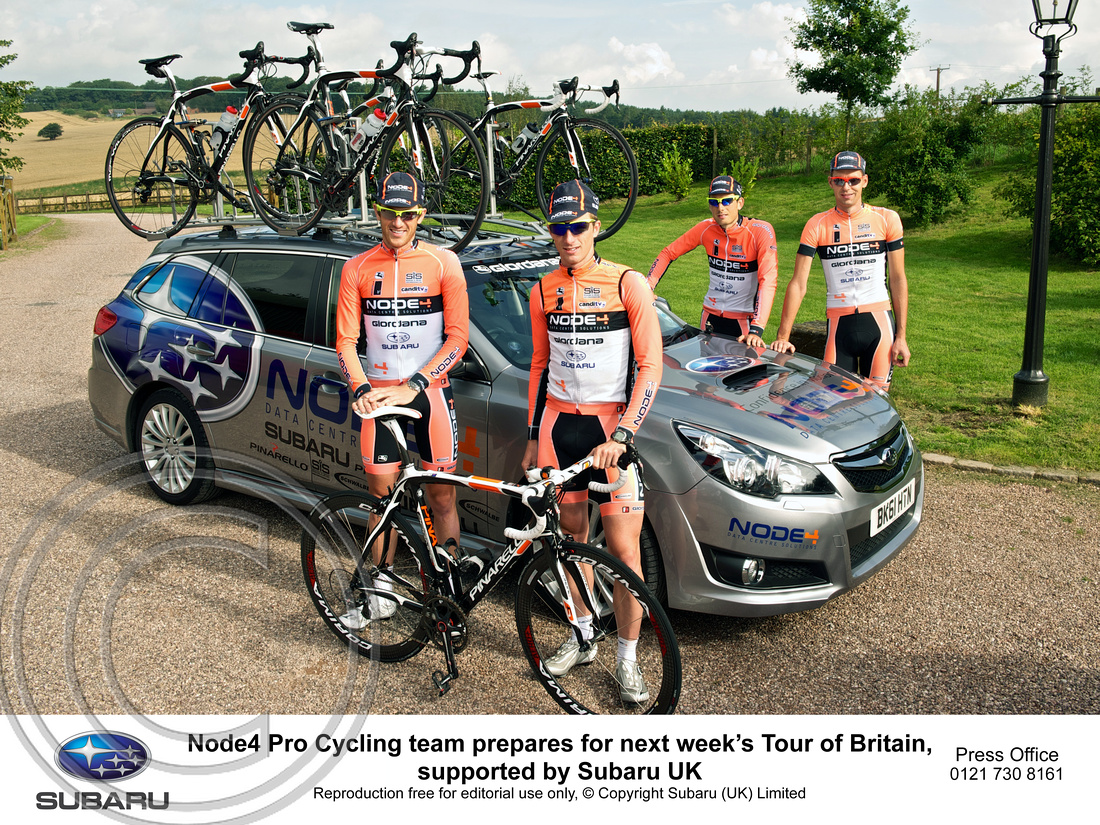 Subaru UK has today confirmed its support for Node4 Professional Cycling, as the team prepares for the highly-demanding Tour of Britain (9-16 September, www.tourofbritain.com).

In its capacity as a key sponsor of the West Midlands-based team, Subaru has supplied Node4 with three Legacy Diesel SE NavPlus models and two Outback Diesel SE models.

The Tour of Britain represents the greatest challenge of the season, with an eight-stage, 839-mile ride through some of the most demanding landscapes in the UK, including the Brecon Beacons, Lake District, and Surrey’s infamous Box Hill.  The Tour forms part of the Union Cycliste Internationale (UCI) Europe Tour.

Throughout the Tour, the Node4 team will make full use of each of the Subaru’s Symmetrical All-Wheel Drive technology, effortless load-lugging capabilities and high levels of fuel efficiency – the cars will be used to transport spare bicycles, tyres, clothing, food and drink from start to finish.

The Tour of Britain is expected to receive an unprecedented level of support from the British public this year, a result of recent successes by British riders on the international stage, and will be aired live on ITV4 throughout the course of the competition.  The Node4 team – dominated by British cyclists – will be made up of six riders, with the full Tour of Britain line-up of competitors to be confirmed shortly before the Tour.

Phil Griffiths, Node4 Team Owner, commented: “The Tour of Britain is one of the toughest events we take part in.  This being the fifth year we’ve entered the competition, we know Subaru’s support will be a huge help to us as the team requires a practical and reliable mode of transport that is able to tackle challenging terrain and weather.  The Subaru Outback and Legacy are the best vehicles for the job.”

To find out more about Subaru’s range of All-Wheel Drive models, visit www.subaru.co.uk 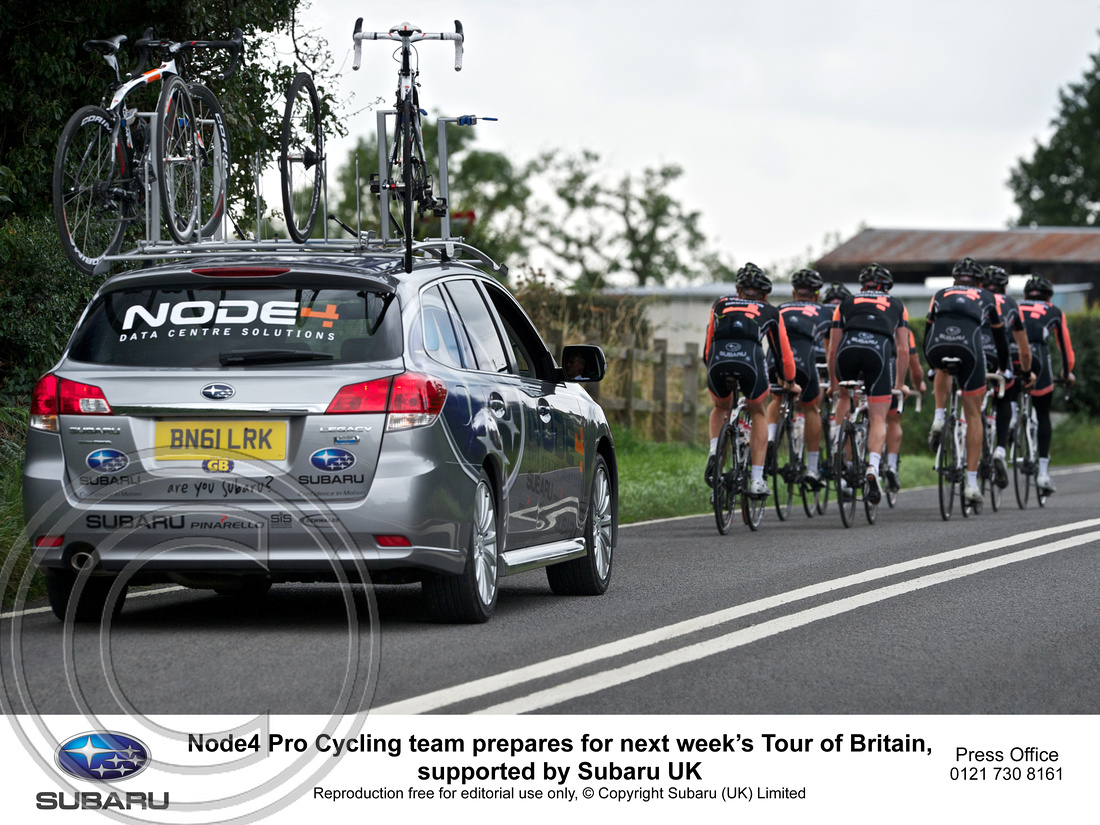